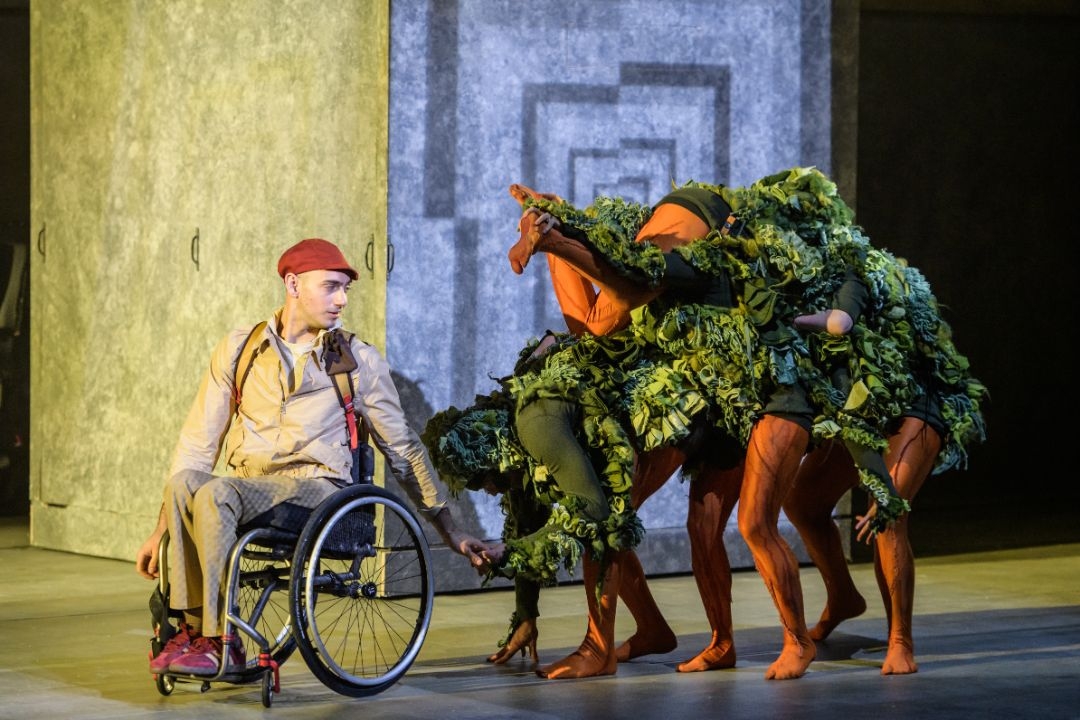 Despite having seen it, I still find it tricky to categorise The Lost Thing at Royal Opera House, the  part opera, part musical theatre, part contemporary dance by Candoco Dance Company.

Based on the picture book by Shaun Tan, The Lost Thing tells the strange story of when bottle top collector Shaun (Joel Brown) finds a lost, bizarre creature on a beach. Here, the Lost Thing is a writhing mass of dancers’ red limbs, spilling out from a constantly moving heart of greenery – think lettuce patch meets octopus. And as Shaun searches his dystopian city for a home for the Lost Thing, he encounters fear, ignorance and indifference from even his closest friends and family. ⁠ 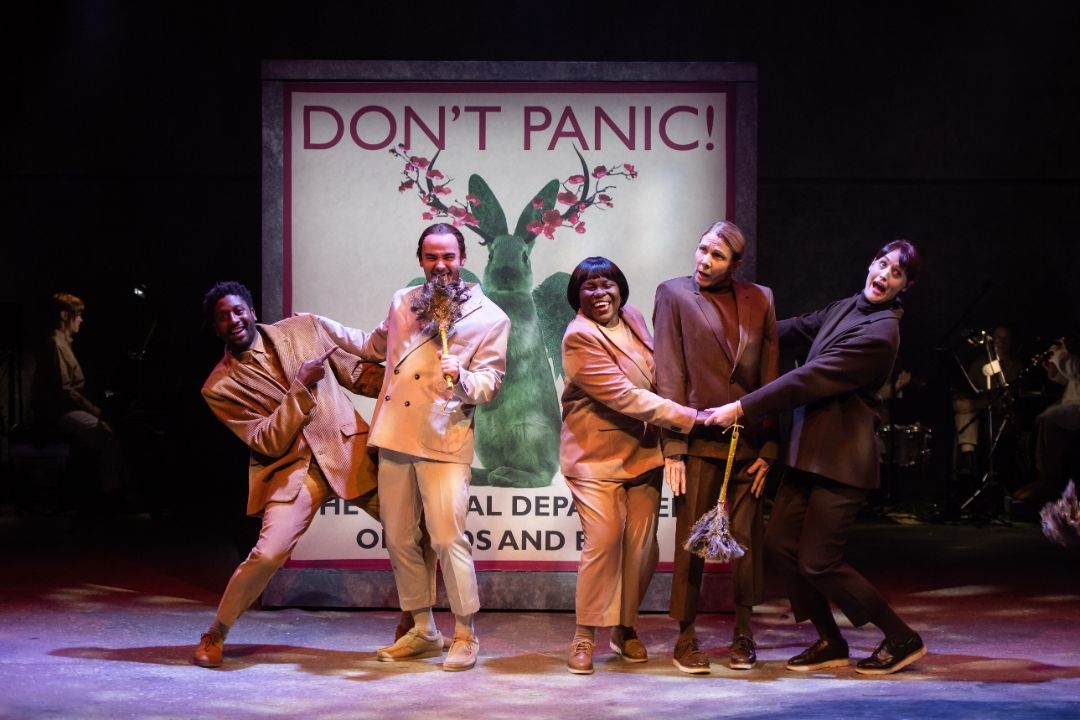 It’s an eclectic range of musical styles, from jazz to opera, choral like chanting to musical theatre, which are often downbeat and languorous. My favourite was ‘Sweepus Underum Carpetae’, a fun up-tempo number that mocks bureaucracy. I loved that his friend Pete was as bohemian as I imagined, the jazz-style music suiting his long drawn out ‘coooool’ perfectly. ⁠ 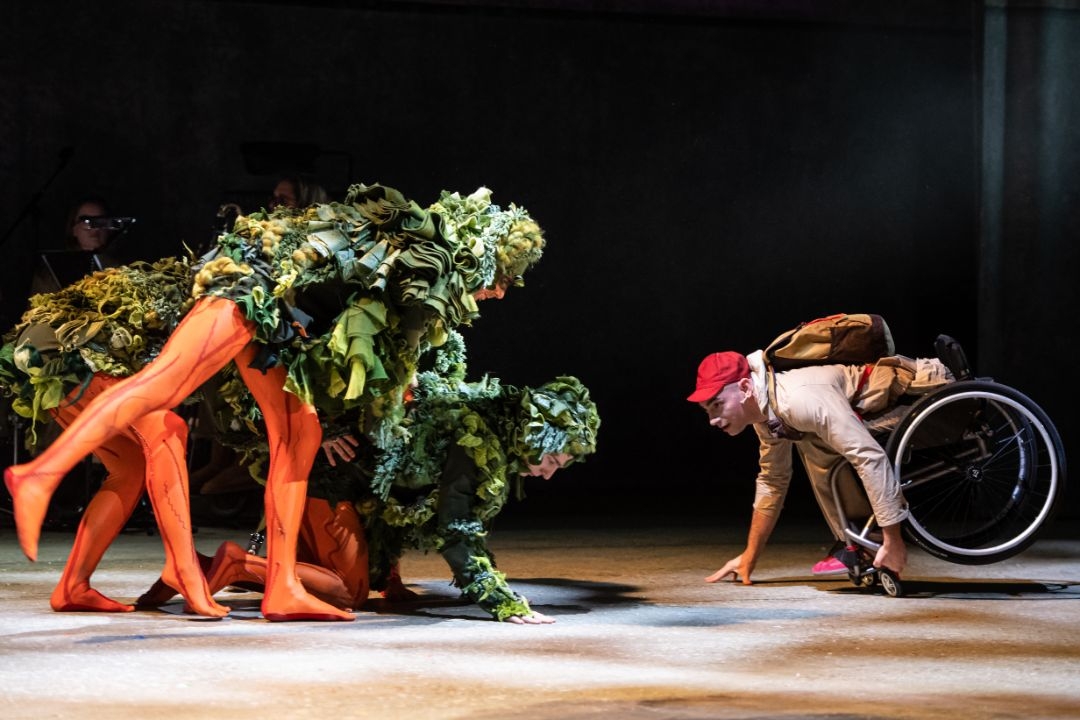 Candoco are an inclusive experimental dance company, and many of the strong cast bring extra dimensions to their roles, like Joel Brown who glides and spins across the stage in his chair with such grace, mirroring the Lost Thing’s dynamism. The joyless, futuristic city is depicted through drab costumes and a simple set, with impactful animated backdrops of skylines adding motion and mood. The moment Shaun finds the Lost Thing a home is almost otherworldly – and over too quickly.

Aimed at ages 6+, The Lost Thing definitely stretched 5 year old Museum Girl’s attention span to its limit. I found the repetition of lyrics mesmerising and atmospheric but it does make the 90 minute show rather long and slow for younger children, even with the interval. Seven year old Museum Boy however was hooked throughout. 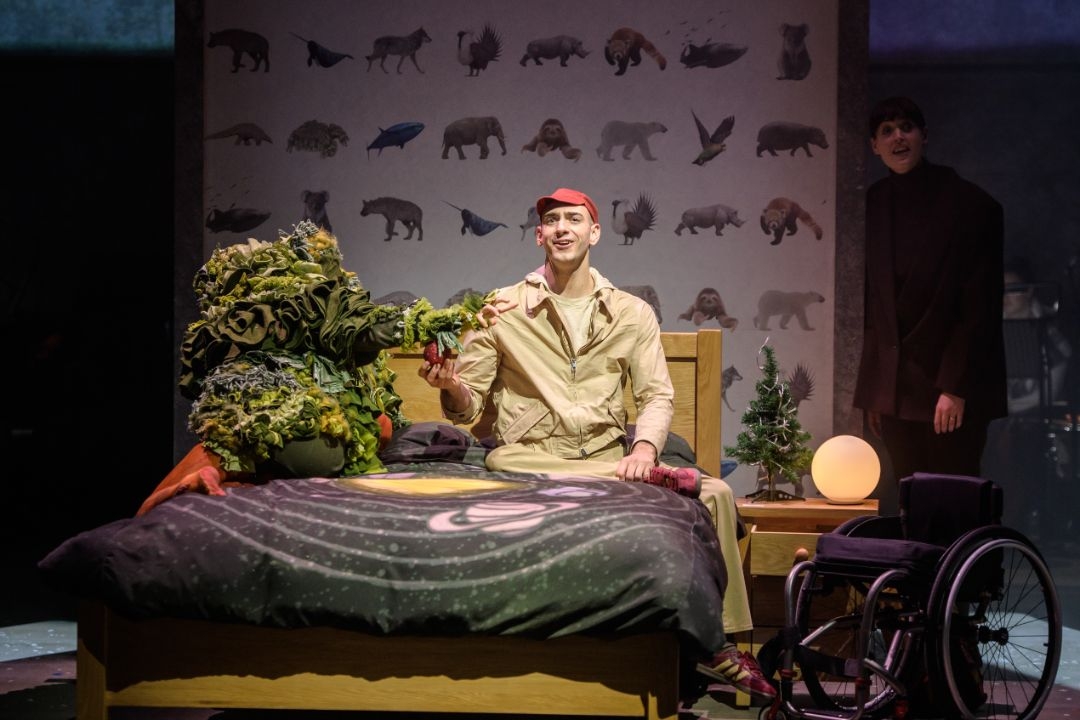 Although billed as a family Christmas show, apart from the tree decorations the Lost Thing snacks on in Shaun’s room, there’s little immediate relation to the festive season. But if you’re looking for a quirky, moving story about compassion, then The Lost Thing certainly delivers. With such a diverse range of both disabled and non-disabled performers it provoked lots of thoughtful questions from Museum Boy, such as how the dancer with the prosthetic leg might feel about their disability. ⁠And we could do with a bit more understanding in the world, whatever the time of year.

The Lost Thing runs at Royal Opera House until 4 January 2020, with tickets starting from £7. For more information and to book visit https://www.roh.org.uk/tickets-and-events/the-lost-thing-by-ben-wright-details

Disclosure: The Royal Opera House gifted us tickets to the Lost Thing in exchange for an honest review, and free lunch in the cafe. I saw the show in December 2019 with Museum Dad, Museum Boy (7) and Museum Girl (5). 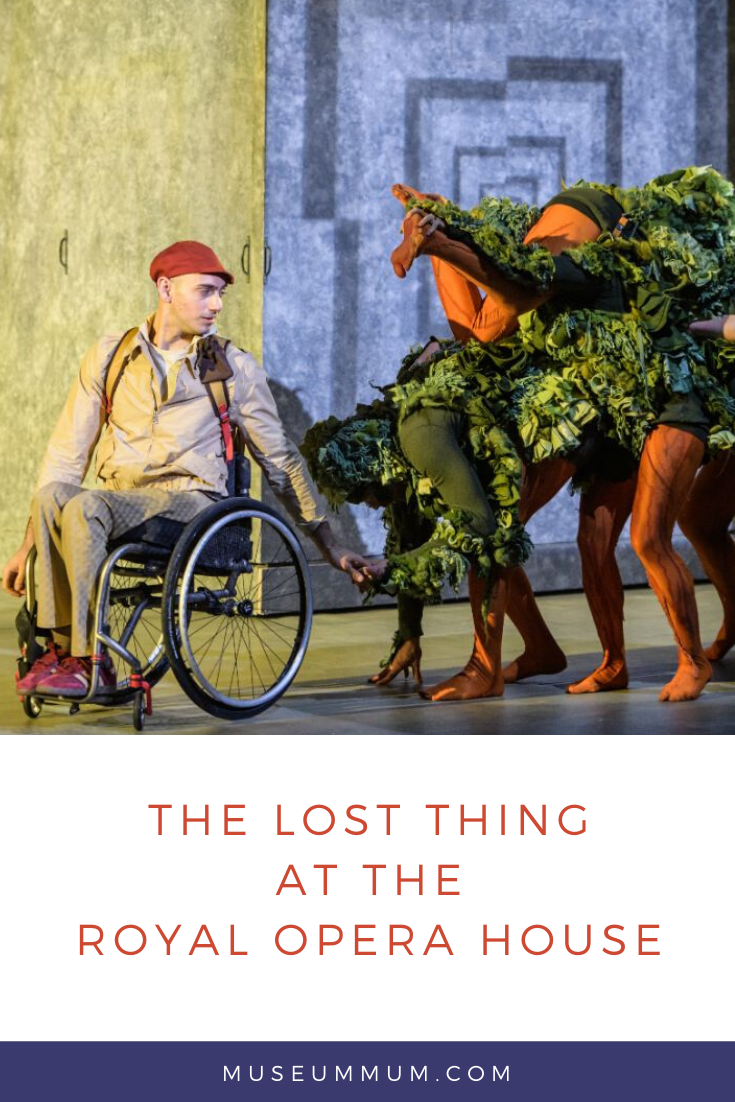