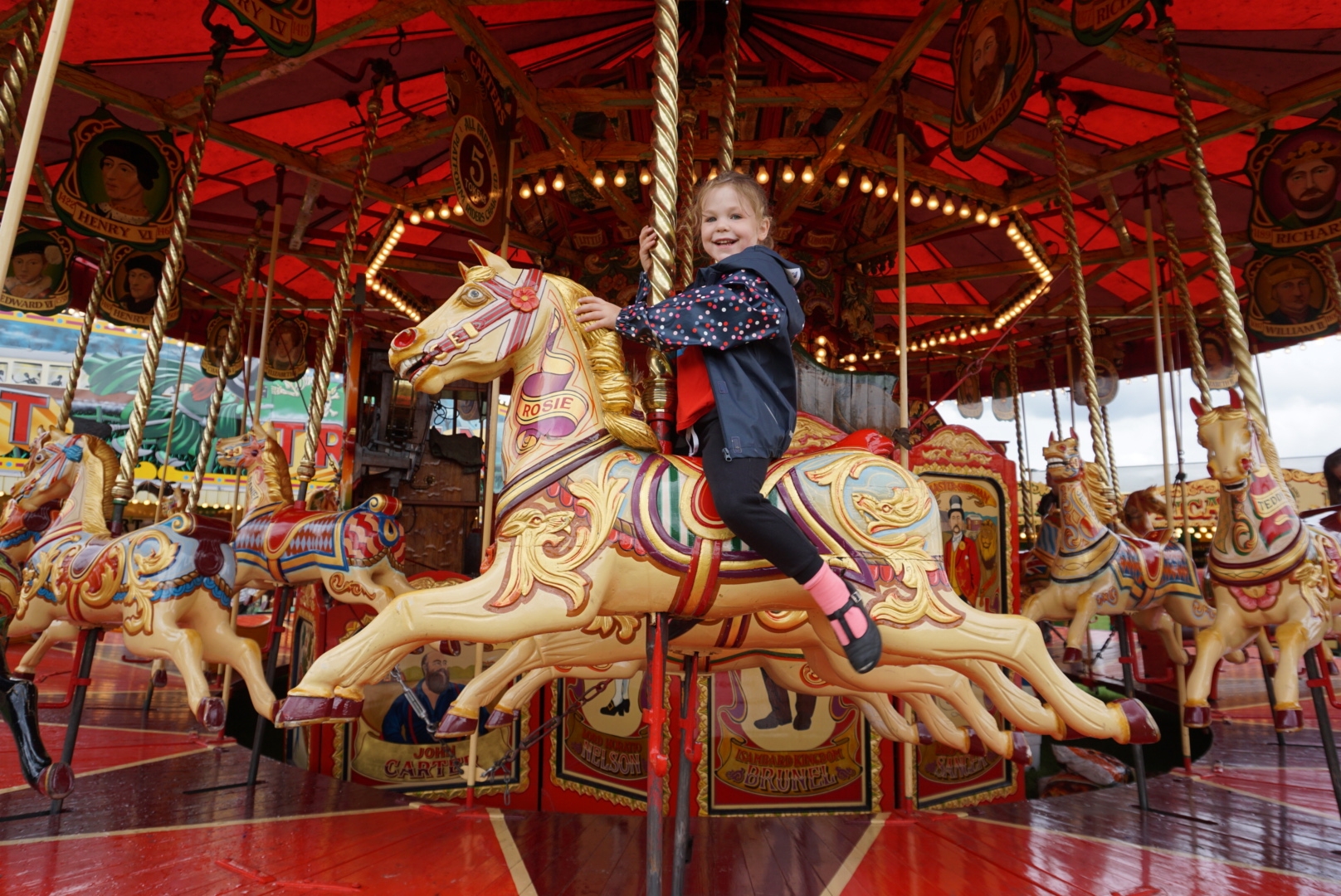 Which would you choose – a house or a dilapidated 80 year old fairground ride? That was the question John Carter posed to his wife Anna in 1977. Driven by her sense of adventure, Anna plumped for the Victorian gallopers – and so the family’s foray into funfairs began. Over forty years on, the Carters run the largest travelling steam fair in the world, which tours London and the South East of England each summer. Join me on a romp around Carters Steam Fair, where I highlight my four favourite rides, and share tips to make your family visit a success! 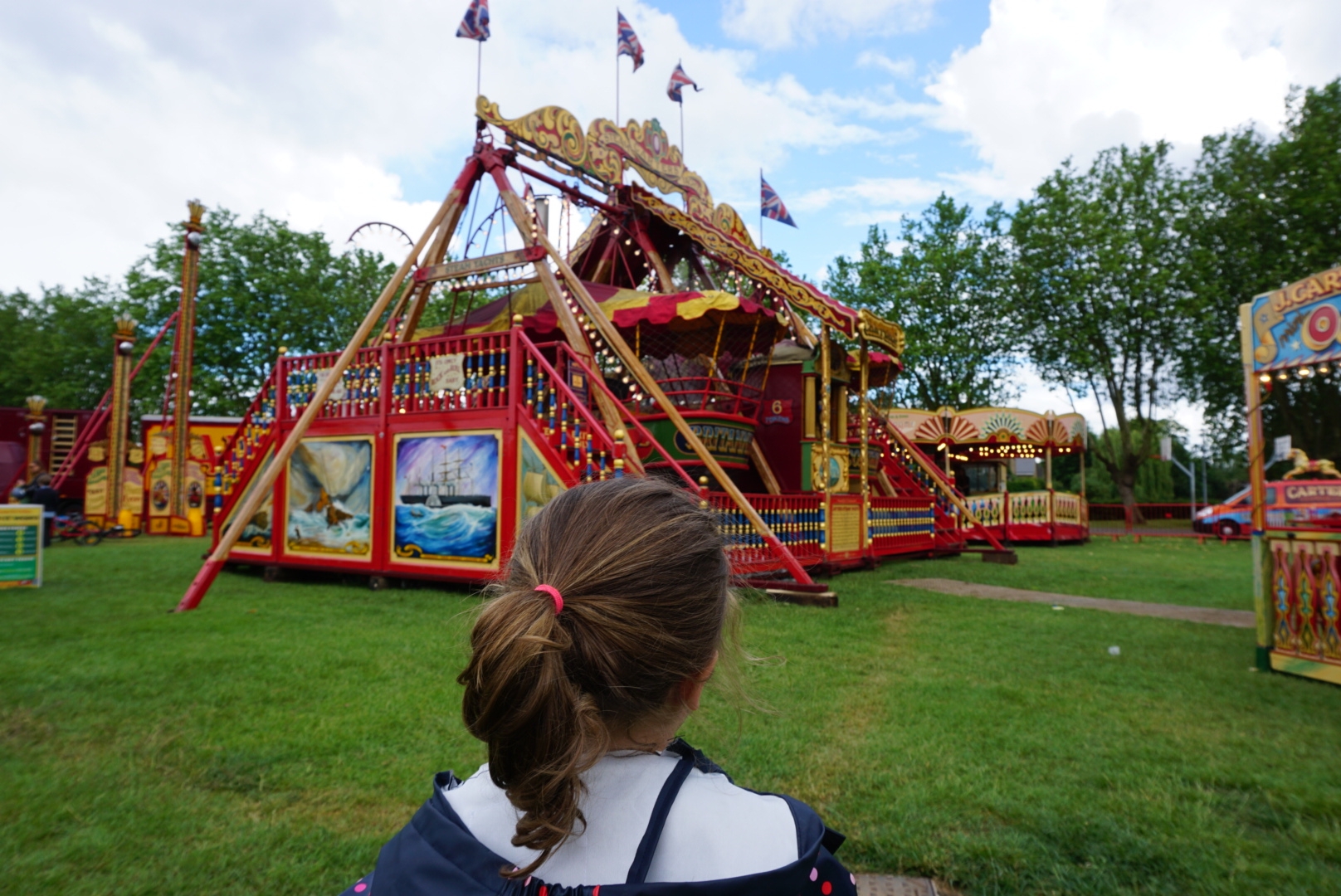 Carters Steam Fair is not your typical, tacky funfair. A passion for fairground heritage is apparent everywhere, from the beautifully painted historic rides to the vintage heavy lorries and traditional showman’s living wagons. Even the modern vehicles are carefully hand painted in the fair’s distinctive maroon, red and yellow. The rides date from the 1890s to the 1960s, but this is no place for ‘look but don’t touch’. For a few tokens, you and yours can clamber on and experience the timeless thrills of the fairground.

And if you think Carter’s Steam Fair looks like a film set, it’s probably because it is! It’s taken a starring role on screens large and small, from Rocketman and Paddington 2 to Call the Midwife and Fairground Attractions. 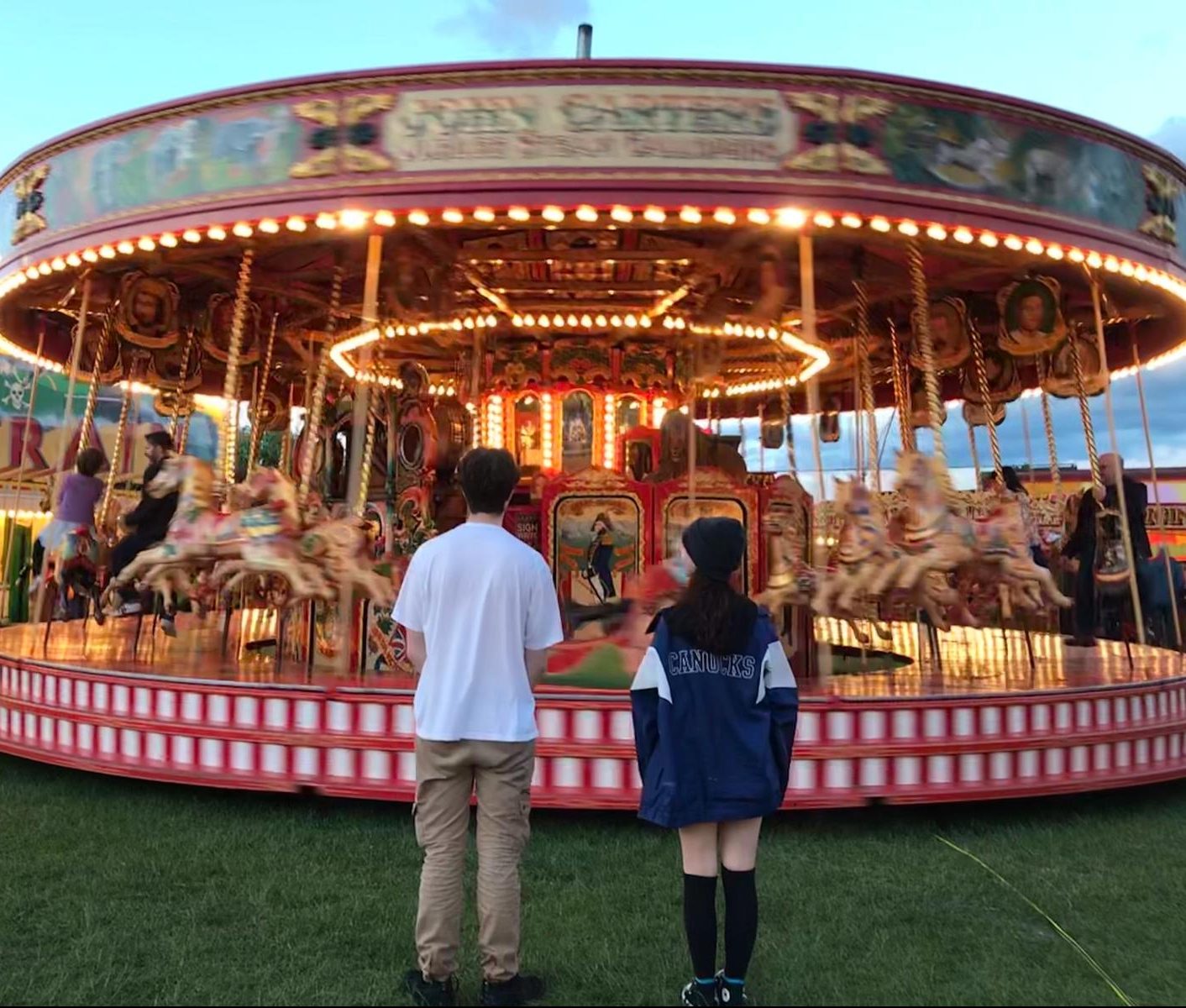 Let’s start with that first fairground ride that John and Anna bought – the Jubilee Steam Gallopers.

Wait a minute – you weren’t about to use the C word, were you? It’s sacrilege to describe the traditional British ride as a Carousel – John Carter hung up on anyone who dared to ask if he had the European/American carousel. How can you tell the difference? The galloper roundabout turns clockwise, and is mounted from the left, as swords were traditionally worn on the left. The carousel comes from the Continental tradition of training cavalrymen, who held their lance in the right-hand and rode anti-clockwise.

This galloper was built around 1895 by Robert Tidman & Sons in Norwich. It’s the oldest ride at Carter’s and has been earning families a living for over 120 years. It’s beautifully restored, with steam power, traditional gold leaf on the horses, brilliant cut mirrors, and a chirpy organ playing Victorian tunes.

This is an all-round favourite that is fun for all ages, although very young children might need some adult help. 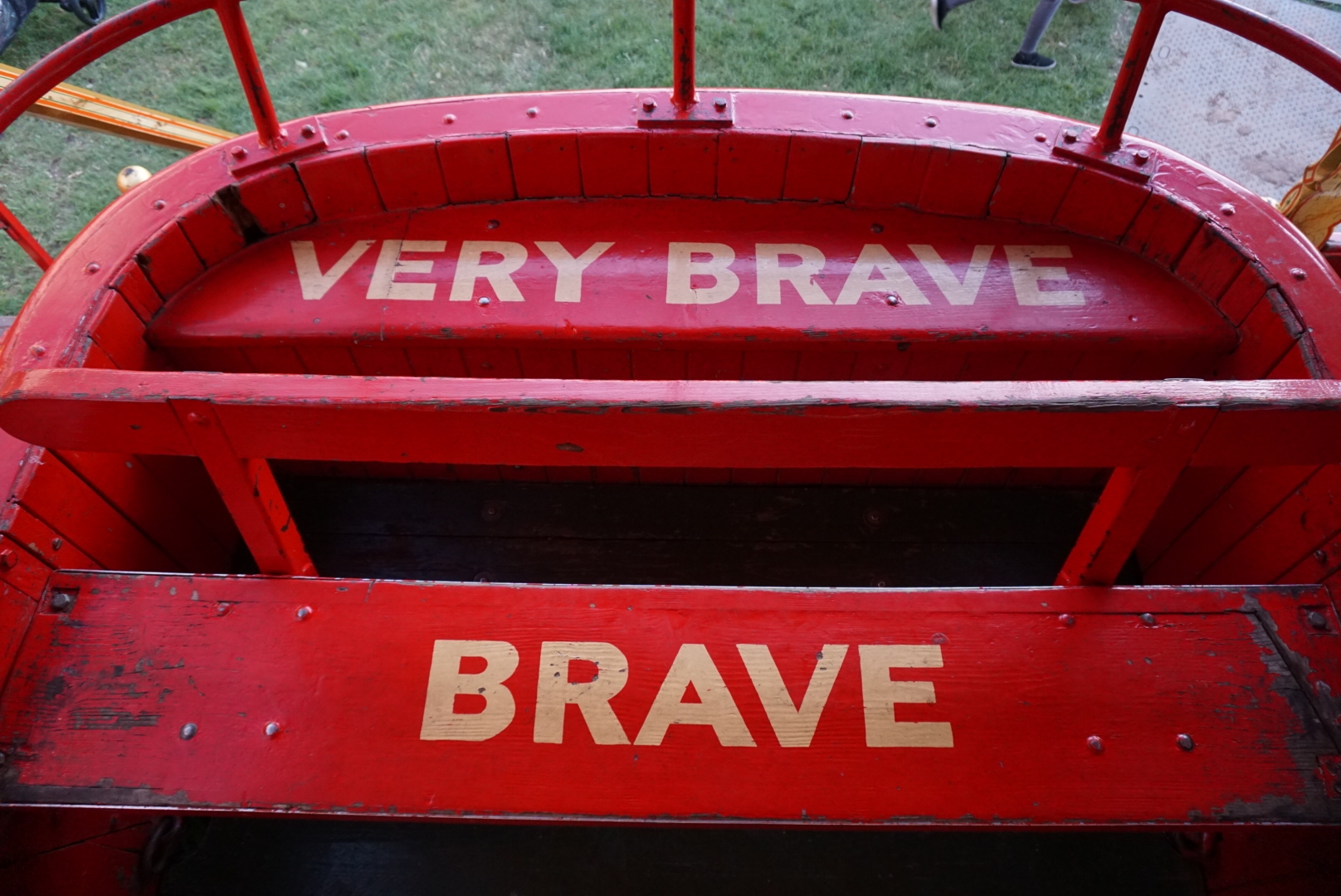 How brave are you, really? Inside the Excelsior Steam Yachts, you have to choose quickly between the ‘BRAVE’, ‘VERY BRAVE’ or yellow (bellied) benches. Myself, Museum Teen and friend opted for VERY BRAVE, and it was terrifying. The Steam Yachts swing wildly to an almost vertical position, helped along by parkour-style swinging from the ride operator. At times it was only our arms hooked round the bench back which kept us from taking flight! It definitely earns its title as ‘the original thrill seeker’.

This is one of only three working examples of steam yachts left. Built for showman Joe Ling by Savages in 1921, it was literally a pile of scrap missing one of its yachts when John Carter bought it from a yard in the 1980s. The Yorky engine is even older still, dating back to 1905. You have to be over 1.2 metres tall to sit on the red seats, or more than 1.05m to sit on the yellow seats – but given how wildly this swings, this is definitely one for the teens and adults! 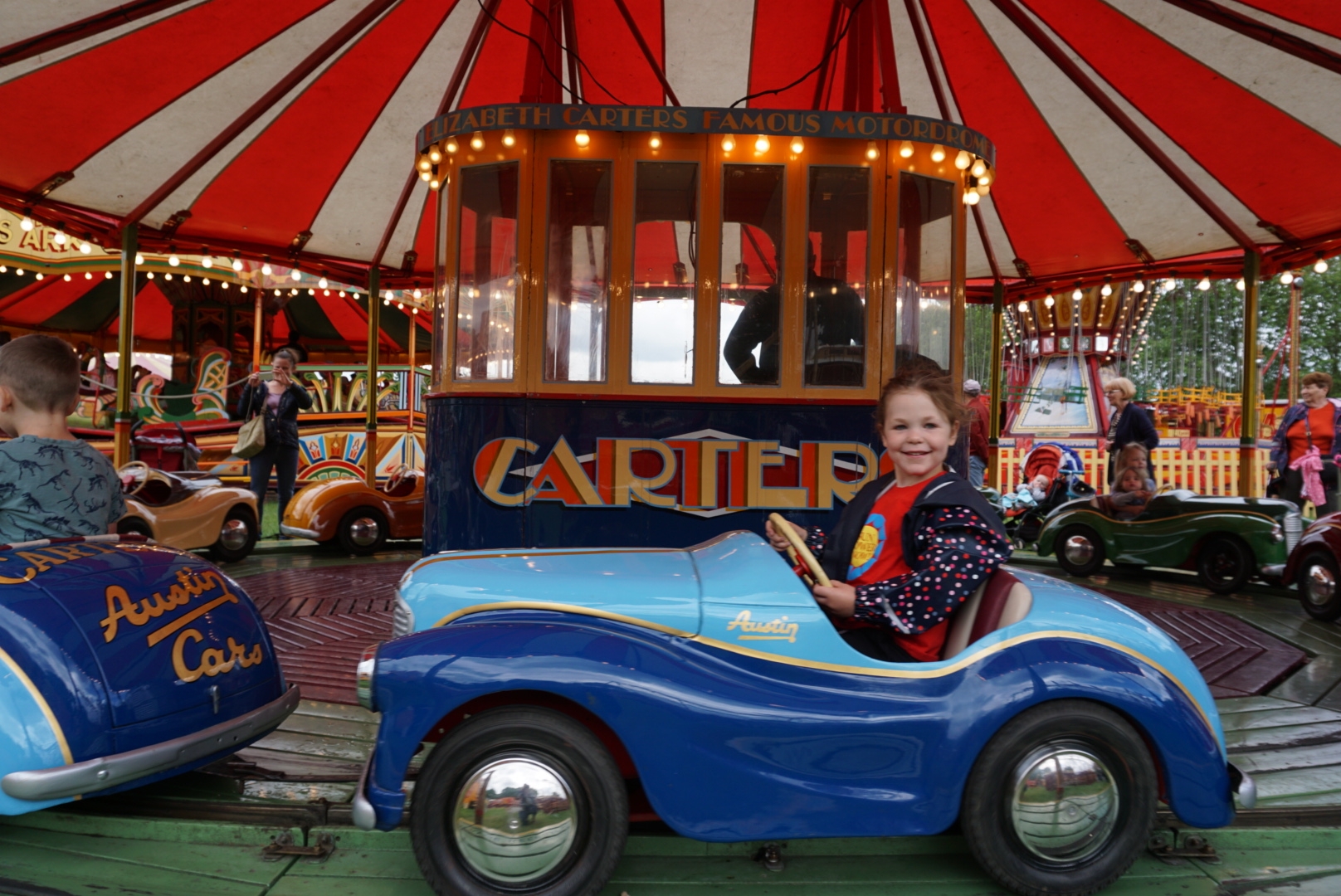 It was all smiles and waves on this adorable 1950s car ride, but perhaps these cars are destined to make people happy. The Austin J40 pedal cars were built by ex-miners in South Wales, who were suffering from terrible respiratory problems. Being able to earn a living in the cleaner, safer factory environment was a godsend for them and their families. Although originally pedal cars, there’s not much to do but sit back and enjoy the electric powered ride. There’s space for a little sibling to squeeze in, if they can bear to share! 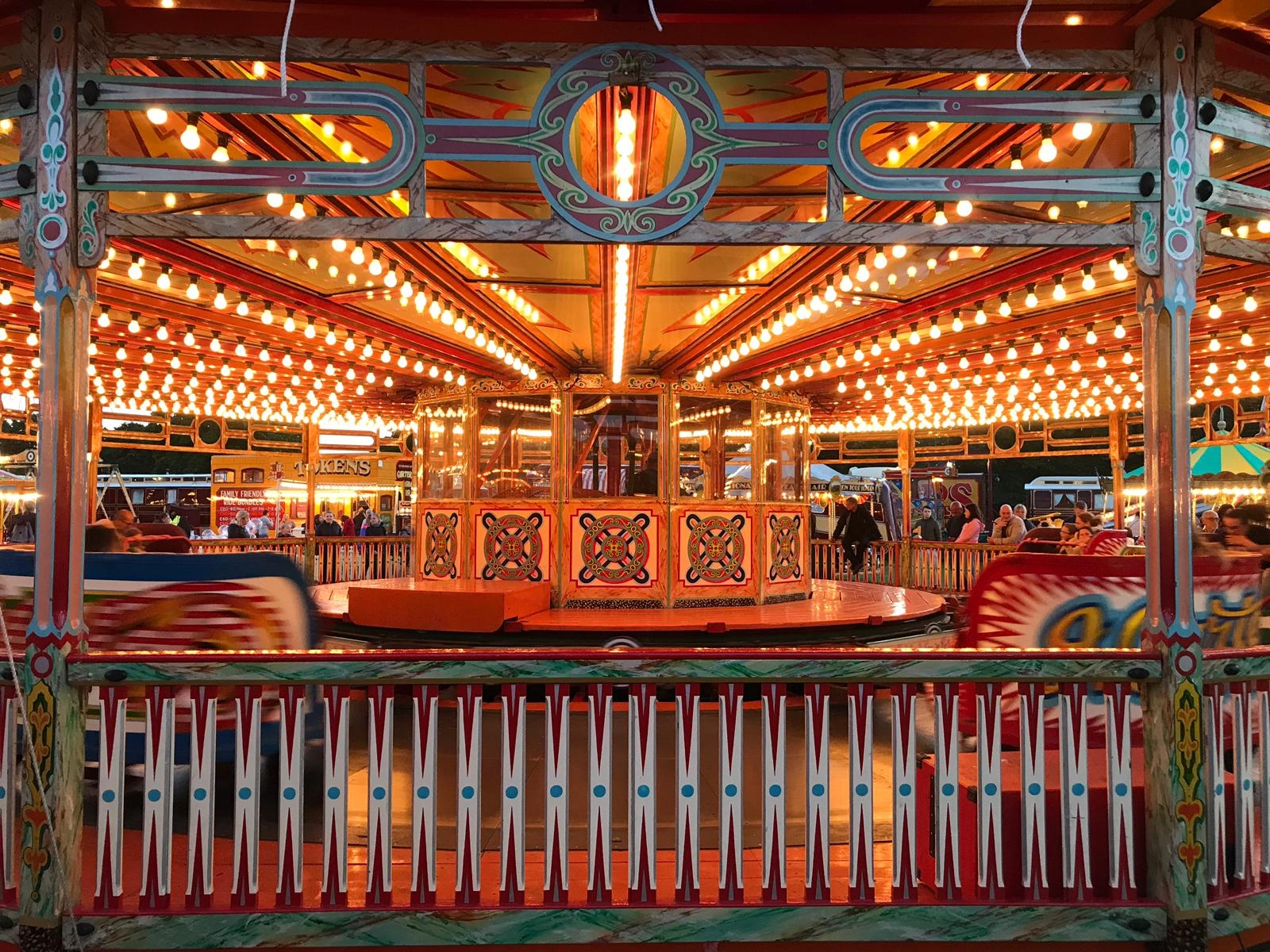 This 1960s ride was also built by Hayes, the same company who made the Austin Cars above. But here the similarities end – this is a fast, furious, hold-onto-your-hats kind of ride. Choose carefully who you share with, as pressing on the pedal inside the car makes it jolt even more convulsively. At one point it was so violent that both me and Museum Teen couldn’t keep our heads held up straight! The bright, brash and faithfully restored flamboyant painting just adds to the energy.

RIDES FOR UNDER FIVES AT CARTERS STEAM FAIR 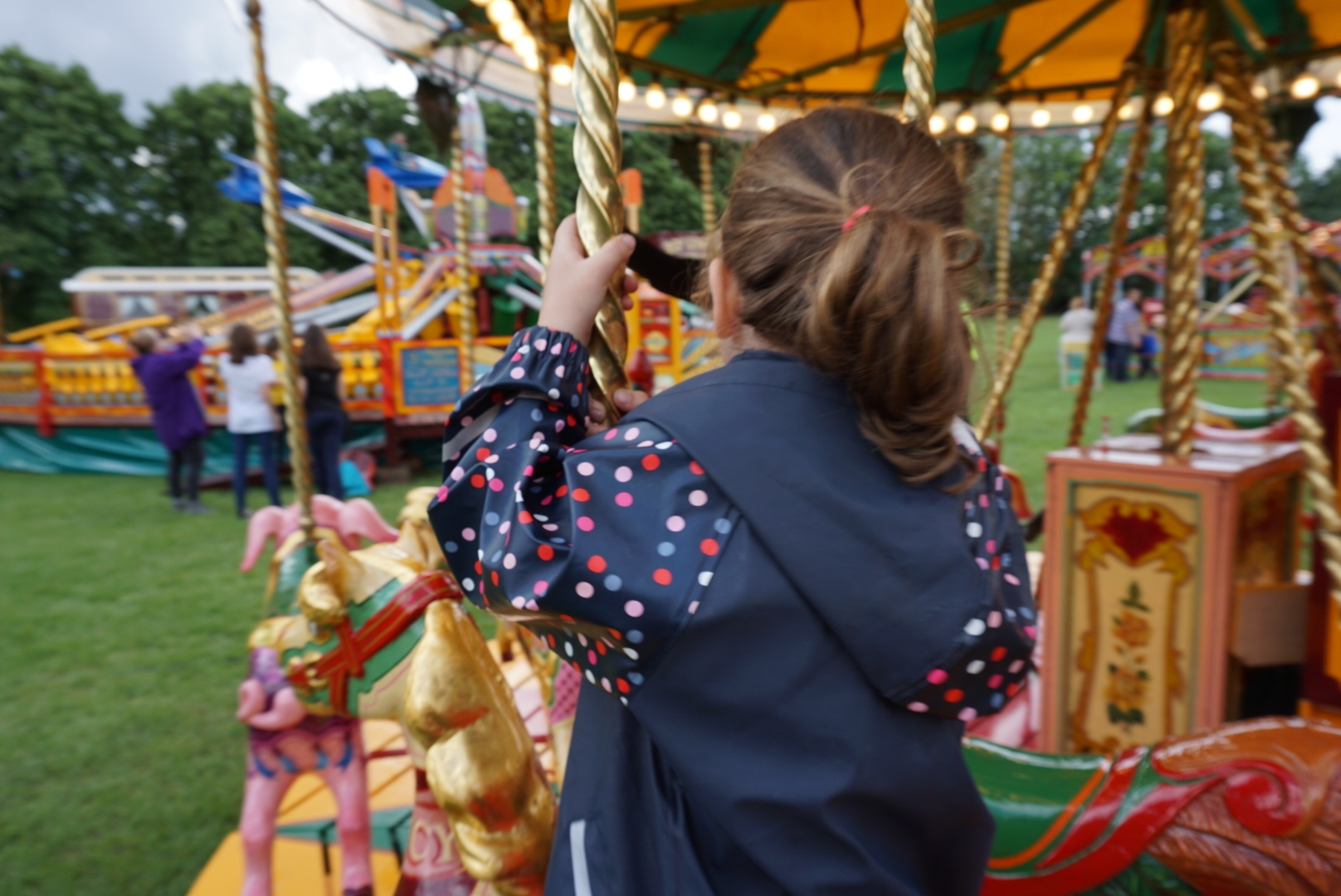 RIDES FOR OVER FIVES AT CARTERS STEAM FAIR 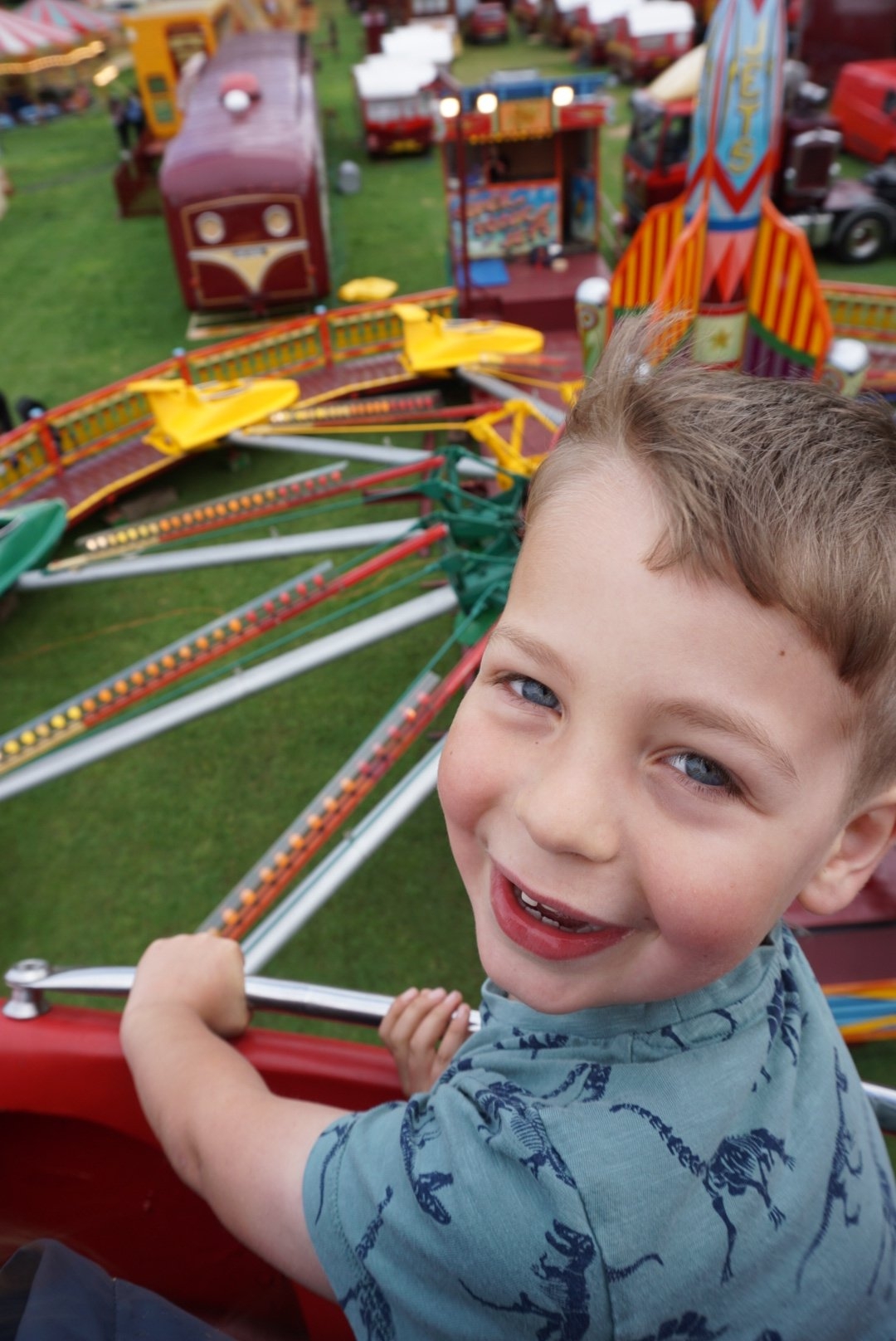 RIDES FOR TEENAGERS AND THRILL SEEKERS AT CARTERS STEAM FAIR 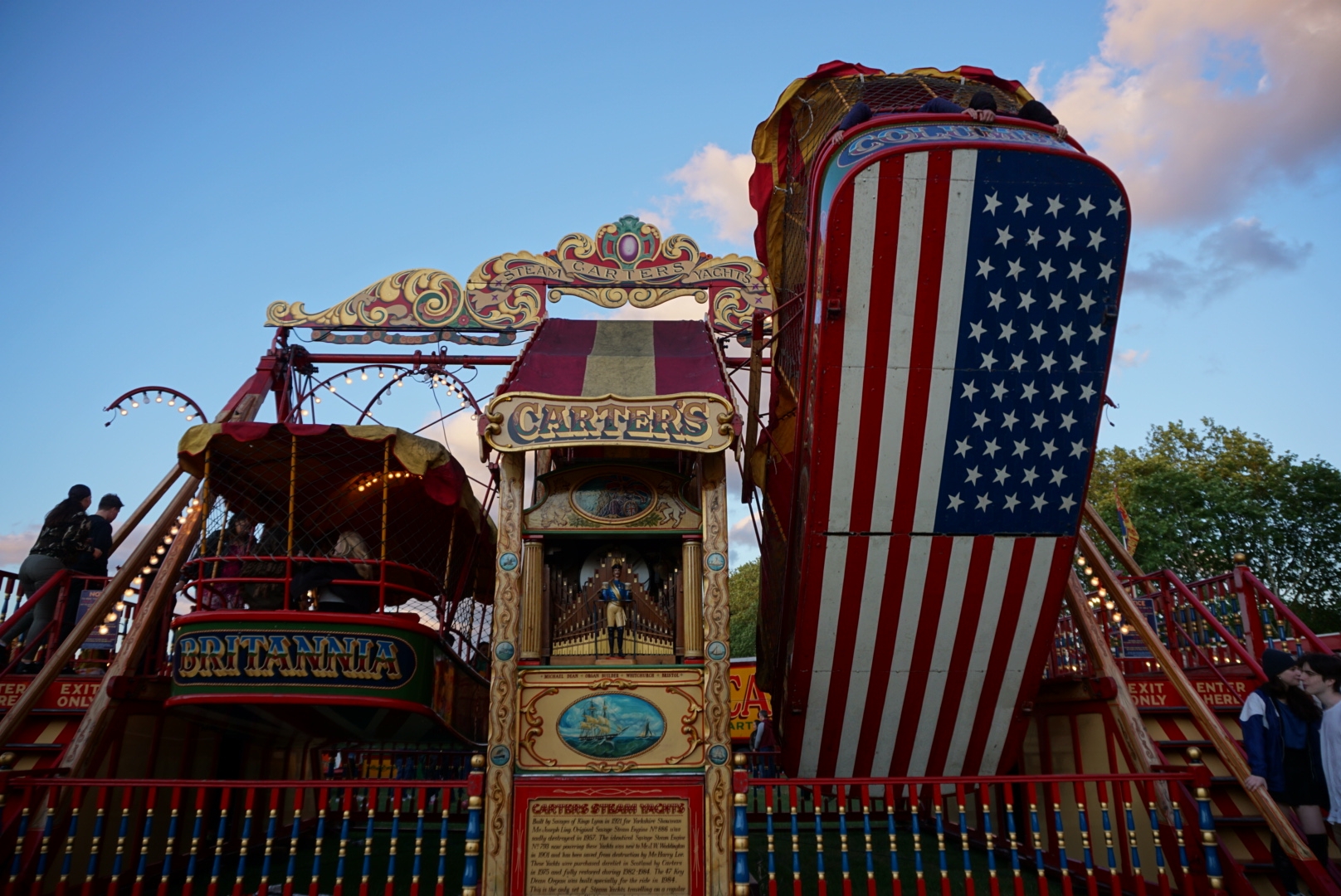 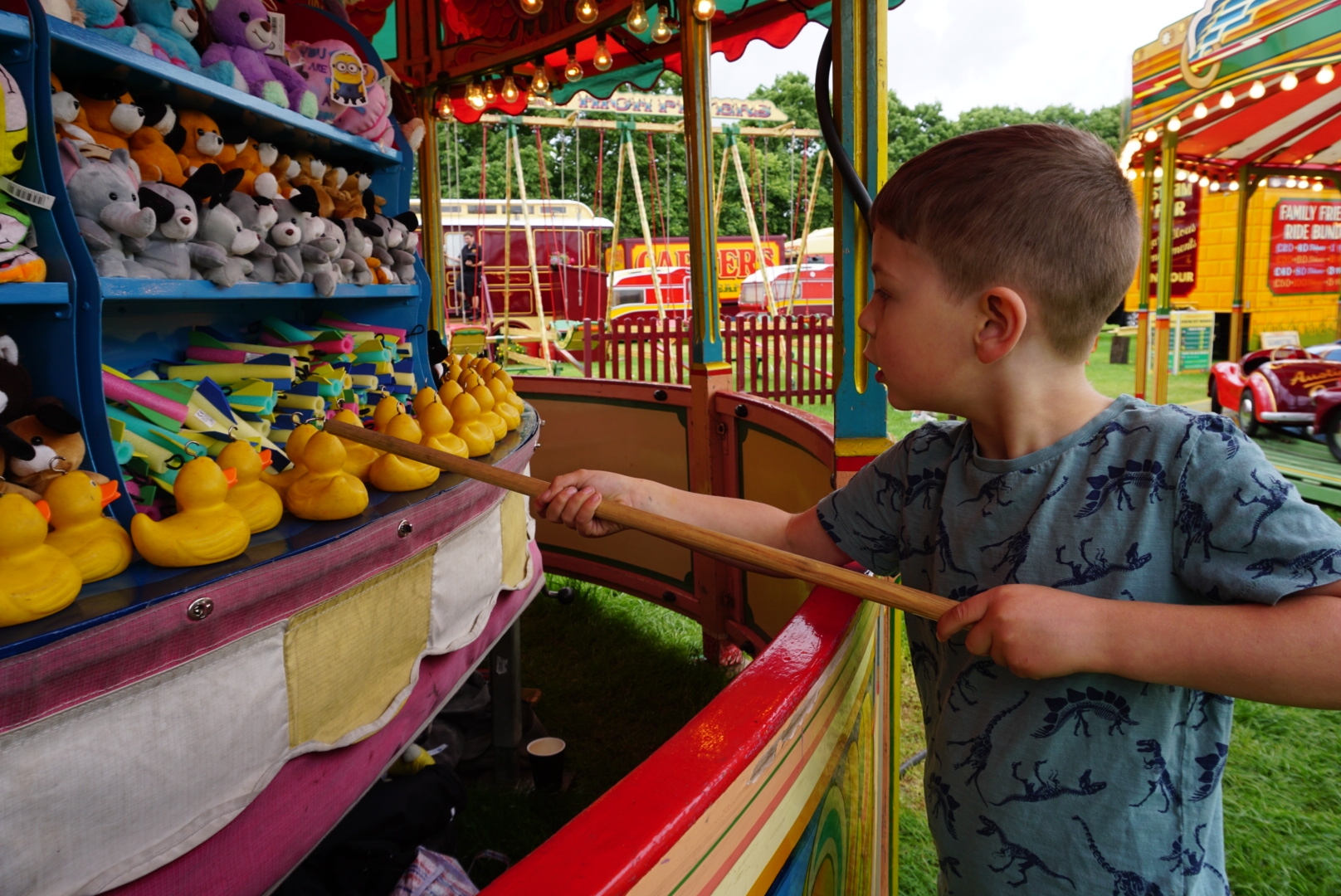 Alongside the rides are traditional fairground games, from a Coconut Shy to ‘test your strength’ Strikers. Many of these sidestalls have been delighting (and frustrating) visitors for decades. The Museum Kids tried their luck at the Hook a Duck – and as there’s a guaranteed prize every time, they all felt like winners! Balla and Hook-a-fish also promise a prize each time. If you’re looking to test your skill, head to the Cork Shooter, Cans or Shooting Saloon. 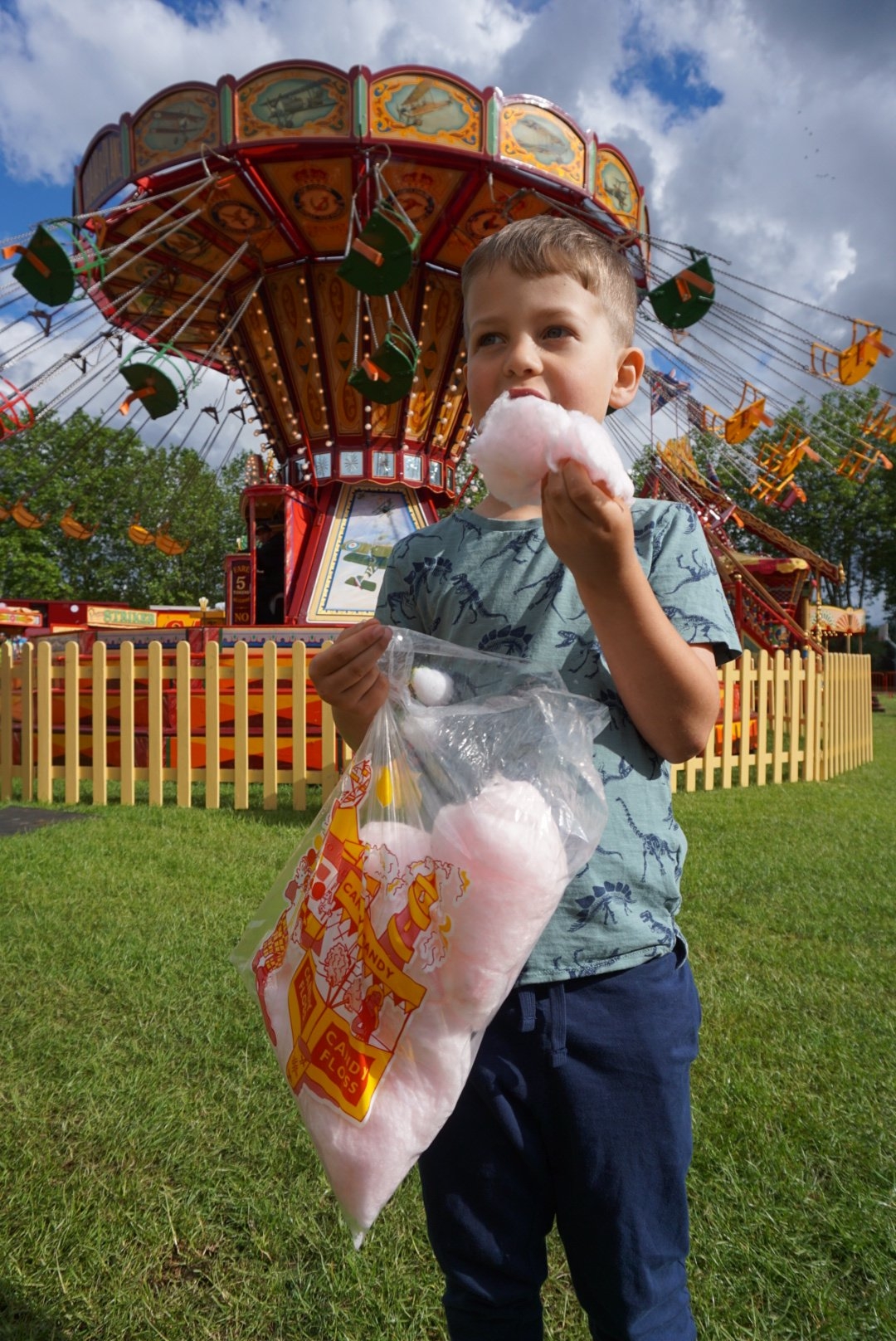 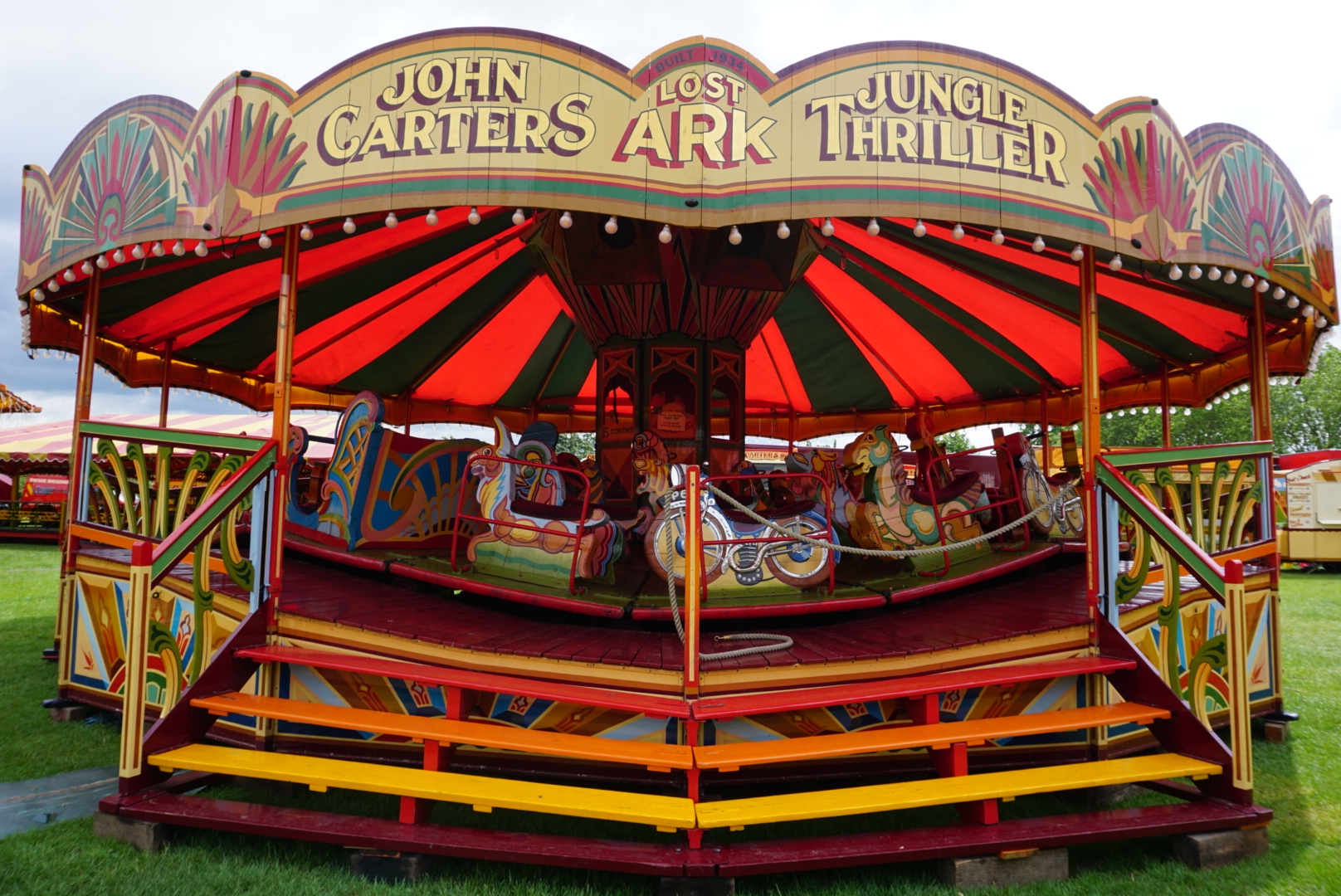 If you’ve enjoyed learning more about the history of these fairground rides, I highly recommend the Carters Steam Fair Art and Heritage Tours. Owner and artist Joby Carter takes you round the fair before opening, sharing the history and restoration of key rides with personal insight and humour. I loved hearing how his family went from complete novices to successful steam fair owners, despite the snickerings of more established showmen. And I hadn’t appreciated how much skill is involved in traditional fairground painting. It takes an apprentice five years and approximately 10,000 hours to learn the art of signwriting. If you fancy trying your hand, Carters run their own five day courses. The remaining 2019 dates for the Art and Heritage Tours are:

The tour costs £5 plus £1 booking fee per person and all proceeds go to charity. To book visit https://carterssteamfair.digitickets.co.uk/category/21508. 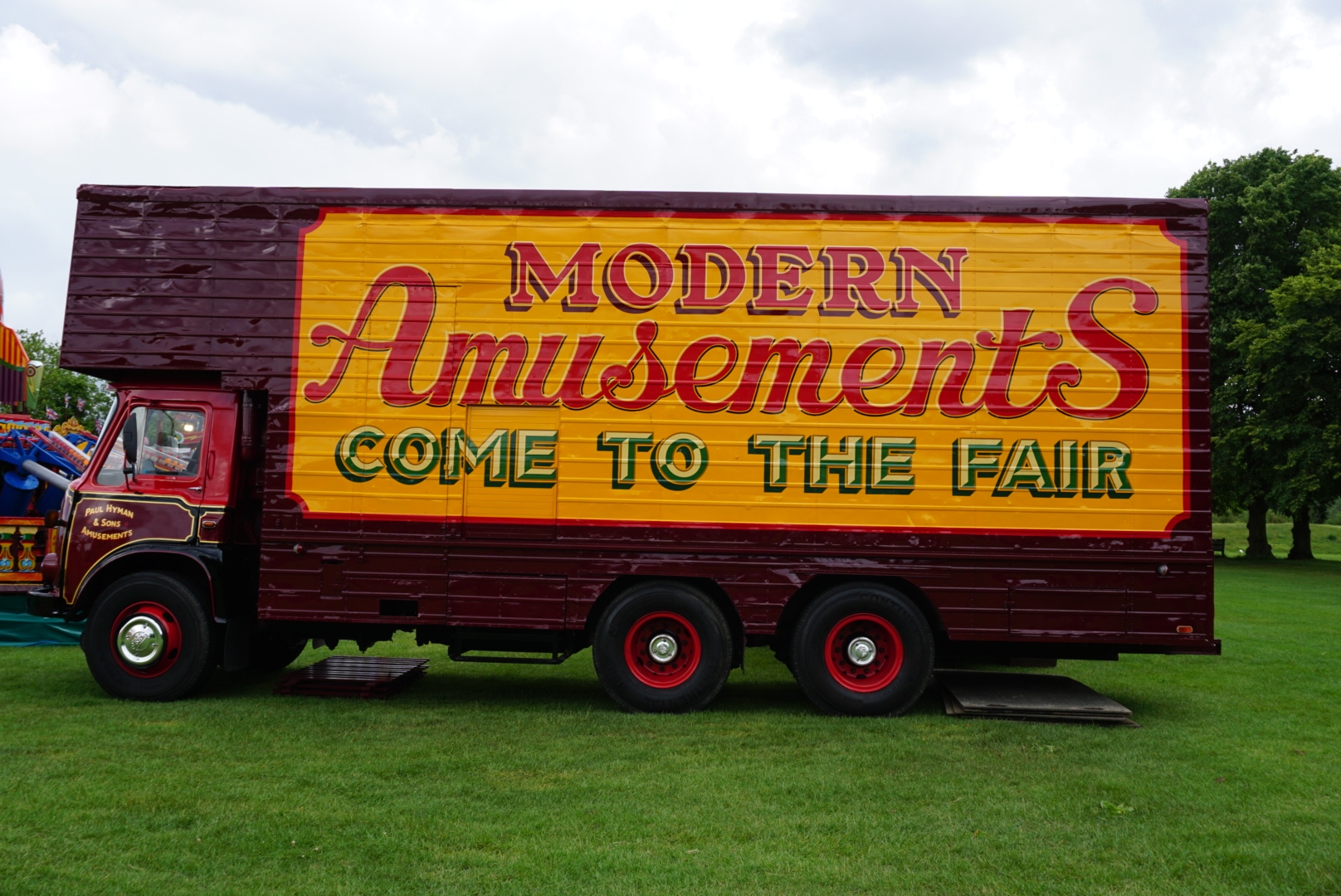 Disclosure: I visited Carters Steam Fair with Museum Teen and friend (16), Museum Boy (6) and Museum Girl (4) in June 2019. We were gifted free rides, candy floss and hook the ducks in return for an honest blog review and one social media post. We previously visited the fair, and paid for our rides, in 2018 and 2017.

Linked up with A Bavarian Sojourn for Cultured Kids.